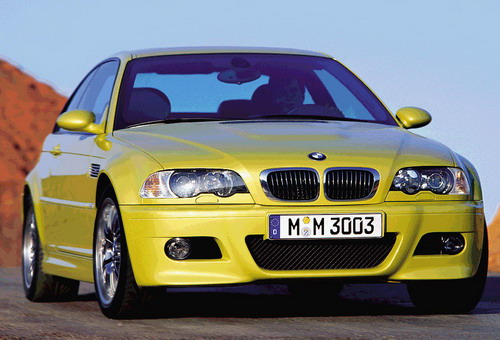 It was, indeed, quite hard to pick top five BMW M Cars, and those that we couldn’t include in the list seemed also quite impressive, but the given five cars in this list have the most exciting and interesting features throughout the M badge. Here is our pick of top five best-ever BMWs.

The E46 M3 is wearing the M3 badge right now, it may take some time to be got on, but still many out there are anxiously demanding for the E46M3. Why it is so? It’s nor hard to find, as it is one of the most accomplished performance cars available the market now. It features a 3.2-liter, 343bhp straight-six engine that gives wings to its Coupe body for really enjoyable drive. Aside from the M1, no other M-badge car seems to precisely represent the philosophy of the M-cars, as the M3 that has been especially designed to make M series Mark in the motor sport. You will definitely notice the significant changes that can’t be seen in the other traditional two-door cars and it is its wider track and blistered arches that give all the rakishness and class to the vehicle. It houses a four-cylinder 200bhp 2.3-liter powerhouse that may seem another boost in capacity and efficiency quite soon. Many don’t know about this unsung hero of M-series, but for the most of real BMW enthusiastic spotters, the M1 is not less than a gift. It was the first BMW car with M badge and it’s indeed an honor for the coming vehicle of this lineup. The M1 housed a 3.5-liter straight-six that could attain 277 hp with 162mph top speed and 60mph in just six seconds. The M1 gave an utterly new direction to the sport cars and gained enough appreciation from the world’s most renowned drivers. The E39 M5, without any iota of doubt, is one of the most remarkable vehicles with the most accomplished package of M-cars.  It houses a V8 5.0-liter engine. Aside from its huge sporting capacity, you would find the E39 M5 quite luxurious as a saloon. Many look for efficiency, many for robustness and many for comfort with stylishness, and the E39 M5 is the best option for those who want all this in one vehicle.  As it nicely combines all the features that people usually want to have in their vehicles. The M635 CSI is another one of the most sought after vehicles of the M series. It houses the same engine that powered to the well-known M1, but it is capable to produce 286bhp. It can sprint 60mph just in 6.1sec though not super-quick, yet quite sufficient according to today’s standard. The M635 CSI is a real beast machine for all the admirers of the power with stylishness and class. The current M6 model is known as the spiritual successor of it, but many reckon the M635 a lot better car. Tips for Increasing Your Car’s Mileage