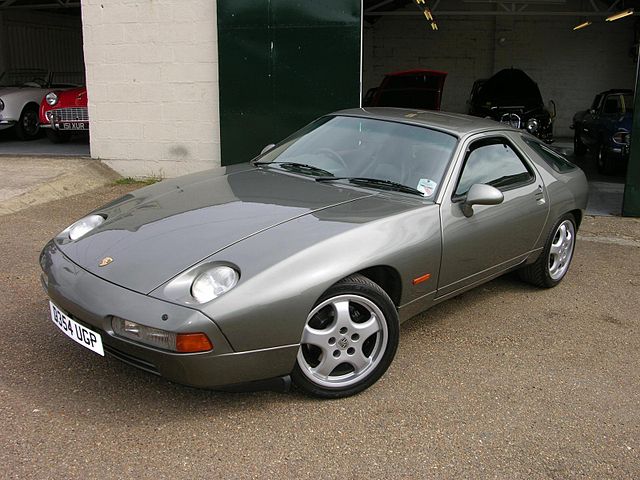 When you think about classic cars, often there are visions of a late 50s Chevy Bel Air or a Corvette Stingray. But a classic car doesn’t have to be from a time that feels so long ago to truly be considered “classic.” If you want to invest in a classic car in the future, consider a 1980s futuristic-looking car that feels more like a throwback. Now is the best time to get in on the resurgence of classic car!

Not every 80s car will be a classic. Just like other generations, there are some that make the cut and others that you would like to forget were ever designed to begin with. It isn’t specifically about the luxurious nature of the 80s models, but their appearances, their uniqueness, and the exotic nature of imports made for the rich and famous are some of your best reasons for investment in a classic car.Models like the Porsche 928, Mercedes 560, and Jaguar SJ-S are all about the style of the times, and the limited number of them made for those who could afford them. Built as a sign of wealth and prestige, they hold a special place in the mind of anyone who came of age in the era of big hair and spandex pants. At the time, they were considered the pinnacle of speed, class, and sophistication, and they still inspire car enthusiasts today.

The luxury of the 80s, lives on for those who are looking for premium vehicles at used car dealerships. As the first generation of car manufacturers who realized that it was all about upgrades and leather seats, the vintage appeal of the cars is only increased by the fact that those who couldn’t originally afford them will soon have the disposable income to make their prepubescent dreams come true.

When it comes to classic cars, it isn’t always about the engineering design, uniqueness, or performance. Sometimes it is about the emotions they evoke for the buyer. The reason they are called “classic” is because there is something about them that sets them apart from the rest. It isn’t just about how old a car is; it is about how spectacular it was when it was released and how long that awe can hold an active audience.

So will the coming-of-age buyers be in the market for a classic 80s car? Although Generation Xers and baby boomers like nostalgia, they also appreciate modern convenience. A classic car is awesome, but it can’t offer high-tech gadgets or connectivity. Those options only come from modern cars. With self-driving cars on the horizon, will those with the money to spend hold onto their money, or turn to car investing to strike their fancy?

The market for the three coolest cars of the 80s continues to grow with fervor.  Just over the past five years, prices for the classic models of Porsche, Mercedes, and Jaguar have gone up considerably. They now cost about the same as a new BMW, which is not pocket change.

The Jaguar, produced over 20 years ago, has all the sleek features of a new upgraded car. With a 12-cylinder engine and 304 hp, it can compare with the best of modern vehicles. Add in the fact that it has leather, chrome, and integrated wool, and you have all the makings of a classic car that will only increase in value as the years pass.

Although it’s a more “sporty” design, the Porsche 928 exemplifies what those who were living the high life in the 80s aspired to show off to the world. Screaming “I have the money to afford the best,” no other Porsche since has captured the imagination or the attention of car lovers around the world more than this model did and still does.

Finally, the Mercedes has the elements of a 1950s throwback mixed with the pizzazz of the 80s. A beautiful car both inside and out, it is the epitome of a roadster. Although it doesn’t have the same engine power, its design and creativity are pretty powerful for those who are looking for a classic car to invest in, for the future.

Although to some, the 80s seem anything but classic, these three iconic cars from the era are the best place to put your classic car investment money. If you want to own one, the best advice is to shop around now instead of waiting. Forecasts are that the prices are going to continue to rise.

Rental Car Insurance Do I Need it?

Easy Hacks – What to do after a Car Accident?