Are Electric Cars The Future? 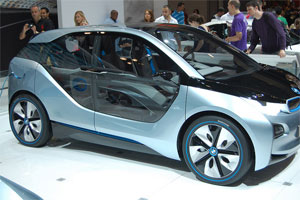 The constant debates over whether or not global warming exists as a manmade effect have generated plenty of thought on the subject but both sides of the argument are in general agreement that the continued use of fossil fuels is unsustainable.

With ever increasing energy demands on a global scale, it isn’t just the effect on the environment that is a concern. By their nature, fossil fuels are a limited resource and at some point stock will run out.

The constant pressure of price increases for oil also means that petrol and diesel costs continue to rise, putting all kinds of inflationary pressures on economies and strains on individual budgets.

Today, alternative power sources are beginning to make inroads in energy production. In the UK, both wind power and solar power are being used to feed the national grid but the question of oil use in road vehicles is still something that seems to be an intractable problem.

The idea of running a car on electricity has actually been around for as long as cars themselves. The problem has always revolved around the amount of charge needed and the size and weight of batteries required to service it.

The idea of hybrid cars is therefore becoming increasingly common. What were once highly expense top of the range models have now filtered down to become affordable with the basic idea being to merge a petrol engine and an electric motor, using an intelligent computer system to control the two.

The manufacturer Tesla, taking its name from the infamous Serbian inventor active around the turn of the 19th and 20th centuries, is currently one of the leaders of the pack aiming at bringing the concept to realisation with other big brands like BMW joining the fight.

Whilst electric vehicles might only fulfil a niche portion of the market at present, their future is sure to be a bright one with plenty of success expected