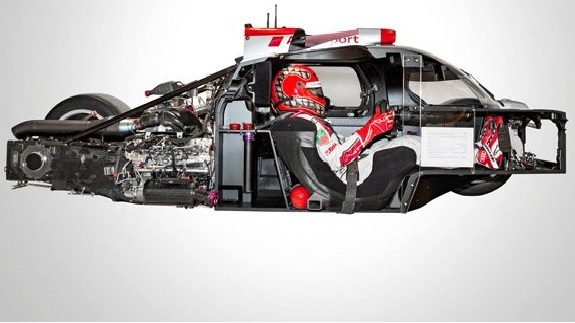 Audi has always been involved in introducing some of the best sports cars and auto technologies that allow them to take over the challenges of Le Mans 24 Hours. Now, Audi has made an announcement that they are developing better ultra light weight technologies and design ideas that can allow them to impress audiences at Le Mans 24 Hours. Audi said that in the last 15 years they have come up with better developments that have allowed their Motorsport engineers to achieve higher goals and ambitions. Audi said that weight is an important factor for Le Mans 24 Hours and therefore they have always tried to reduce the overall weight factor from their vehicles.

Audi said that since 1999 ultra light weight design has played an important role in the development of Audi’s Le Mans prototype and Audi has made used of various light weight materials like CFRP and harbor major potential for reducing the weight of the prototype. Dr Wolfgang Ulrich Head of Audi Motorsport said that they are always trying to make things better for the last 15 years and they have learnt a lot about how they can excel at Le Mans 24 Hours. He said that year after year Audi LMP prototypes have lost weight and they have become lighter which allows them to handle the racing situation.

He said that the reduction of weight is instrumental to the success of their vehicles at Le Mans and therefore they are working on better technologies and materials that can allow them to do better every time. In the year 1999, Audi made use of carbon fiber monocoque in the R8R that reduced the weight of the car drastically and that allowed them to win the race. Audi said that the engines have to handle lot of power and therefore it is important that the exterior of the vehicle is light and aerodynamic.