Buying An SUV? Here’s Why You Need To Seriously Consider A Land Rover! 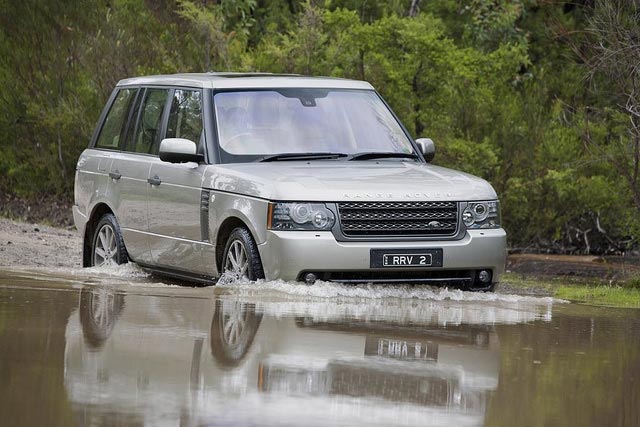 When people go out to buy an SUV, they are pretty much spoilt for choice these days. With scores of marques and models to choose from, it can often be a hard decision to make. If that paints a familiar picture, I feel for you!

Choosing a car to buy is often hard enough. But, because SUVs tend to cost more than conventional vehicles, it’s even more essential that you pick the right one for you. Today I would like to give you a few compelling reasons why you ought to choose a Land Rover for your next SUV buy.

It’s no secret that Britain is home to many car marques past and present. One brand that has survived for many decades is, of course, Land Rover. But, in an age where austerity is rife, why should people spend their money on a “Landie”?

Well, one of the reasons is that Land Rover is a distinctly British brand. It might surprise you to know that many people prefer to buy British-built cars. And, if you’re after an SUV, what better marque is there to choose than the Land Rover?

The Land Rover marque is sold in most countries around the world these days. One of the reasons the Jaguar Land Rover group is thriving so well is because of its international customers. Even overseas, people just love to buy British!

There’s a model for everyone

If you mention the marque to anyone, some folks might conjure up mental images of the iconic and utilitarian Defender. But, as you doubtless know, there are more models to the Land Rover lineup than that!

The Discovery range combines the practicality of a 4×4 with the comfort of a premium mid-range car. And if you want a luxurious SUV, you could always opt for a Range Rover. My personal favourite has to be the Evoque.

You can buy them almost anywhere

One great thing about Land Rovers is that they are available to buy from almost any car dealer where you are! For instance, do a search for Hunters Land Rover locations and you’re bound to find one close to you.

Just because an SUV like the Land Rover feels exclusive to drive doesn’t mean you have to go on a year-long waiting list to buy one!

Have you seen the current model lineup for the Land Rover vehicles? They look epic! The guys at Jaguar Land Rover have clearly taken on board what people like to drive in the 21st century. And the result is a series of models that “look the part” wherever they are.

They are certainly stylish and on-trend when it comes to talking about automotive fashion. Let’s face it; no-one wants to drive an ugly car! And that’s why Land Rovers offer striking looks and contours that will attract all car drivers.

So, why are you still here? You need to go out and buy a Land Rover today!

Tips To Keep Your Car Safe from Thieves