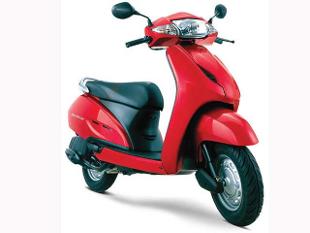 According to recent survey shows, Scooter sales in India have jumped 29% in the ongoing fiscal, and now form 27% of the total two-wheeler market from just 8% a decade back. YS Guleria, Honda, vice-president for marketing and sales in India said that “Even as we have more than doubled our scooter capacity in India, we have not been able to match up with the demand. After 13 years of its launch, Activa continues to be on ‘waiting’ even as competition has multiplied ten times”. Honda launched its Activa way back in 2001 but its demand in Indian market is still very strong due to its trouble free performance, attractive design, low maintenance cost and smooth drive.

Gularia further added that “Even though we raised our production with three new scooters, demand still outstrips our estimates. While scooter production has trebled in the past decade, we still have a backlog of 60,000 scooters that should multiply in the festive months ahead.

Honda leads the scooter market with 53% share in domestic market and its fourth plant would increase its cumulative production capacity close to 60 lakh units in next couple of years and would also create 3,000 more jobs in India.

How to Attract More Car Buyers through Credit Unions!