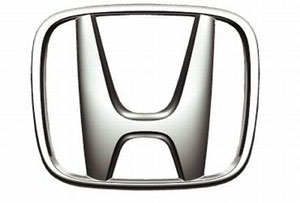 According to sales figure released by Japanese automaker ‘Honda’ on Friday, reveals that in July14 the company has sold more passenger vehicles than rival Indian automaker ‘Mahindra & Mahindra’.  The vigorous performance was mainly due to incremental volumes of newly launch Honda’s first MPV ‘mobilio’ in July last week. After launch and just in a week time, company has received 10,000 bookings for mobilio. This strong performance pushes ‘Honda’ to third spot in Indian market.

Honda car India sold 15,709 vehicles in July14, almost thousand more than Mahindra & Mahindra (M&M), though in June, Honda was trailing M&M by 464 units, according to sales figures released by automaker. But, ‘Honda’ still behind the M&M in year to date figure. This healthy figure assisted the company to grow over 80% in FY14.

After the categorical success of its mid-size ‘City’ and sub-compact sedan ‘Amaze’, Japanese automaker erected the strong presence in mid segment in India which fuelled company’s overall performance in term of revenue and market share.

Honda Car India, Senior VP, sales & marketing, Jnaneswar Sen said that “ It (No.3) is not our target and one-month sale is no indicator of ranking. Having  said that, we are happy with our own sales; we should strive to consistently do well with our models and achieve our volumes plan”.

Since last month, Indian automobile industry in India is showing positive trends and expert believes that, it is expected to continue in coming time.