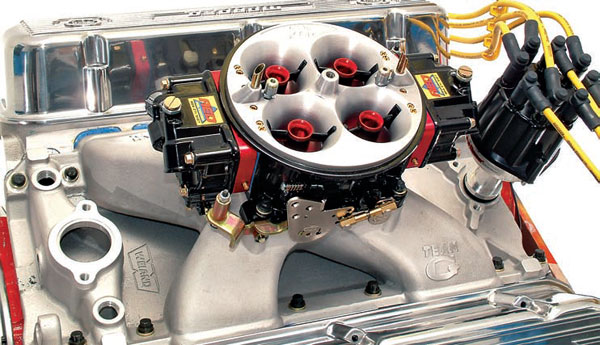 Horsepower – it’s probably the most popular specification you will see on any machine that produces power. Most of us associate it with a car or truck but you will see it today specified on most anything with an internal combustion engine in it -even lawnmowers have stickers on them stating their horsepower. Great, but what is horsepower exactly, and what does the horsepower rating mean in terms of a machine’s performance? Let’s take a look.

1) The history of horsepower:

The term horsepower was invented by the British engineer James Watt. Watt lived from 1736 to 1819 and is most famous for his design work on steam engines. The story goes that Watt was working with ponies lifting coal out of a coal mine and he wanted a way to quantify the power being used. After some research, he found that the average mine pony could move coal at the rate of 22,000 “foot- pounds” in a minute. In order to state this figure in terms of “a horse”, he increased the amount 50% to 33,000 foot-pounds per minute. Today, it is Watt’s relatively arbitrary unit of measure, 33,000 foot-pounds per minute, that is used to quantify the power of your car, your lawn mower, and even in some cases even your vacuum cleaner.

In case you are an aspiring physicist or mechanical engineer, you should also know that horsepower is a standard measurement that can be converted into many other units as well. For example: 1 horsepower is equivalent to exactly 746 watts. So if you took a 1-horsepower horse and put it on a treadmill, it could drive a generator that continuously lights a 746 watt light bulb. Units of horsepower can be converted into many other measurements of power and work too -engineers do it all the time.

If you want to know the horsepower of a car, you hook the vehicle up to a “dynamometer.” A dynamometer is a device that applies a load to an engine and measures the amount of power that the engine can produce against the load.

It’s actually a multistage process that can be graphed. For example, you might hook an engine up to a dynamometer, apply enough of a load to the engine to keep it at 7,000 rpm and record how much load (in foot-pounds) the engine can handle. Then you knock the engine speed down to 6,500 rpm and record the load. Then you knock it down to 6,000 rpm, and so on. After this process is complete, you will have a nice graph that illustrates the load the vehicle is capable of at different engine speeds. This graph can easily be converted into horsepower units.

You should note that all horsepower graphs will illustrate both “peak horsepower” and “peak torque” points. Both of these will become important specifications for the vehicle being measured. For example, the figures for a 1999 Shelby Series 1 are “320 HP @ 6500 rpm, 290 lb-ft torque @ 5000 rpm.” Typically these are the figures that get published in the factory literature and in reviews and hence are very important.

OK, gearheads now that you know all about horsepower, you should know that it is a specification that must be used in context when discussing a vehicle’s raw performance. If you want a fast car, you need to have a high power-to-weight ratio too. This should make sense — the more weight you have, the more power it takes to accelerate it. So when you are shopping for a high performance car, don’t just look at the horsepower.

Finally, another gauge of raw performance involves horsepower in a roundabout way. It’s the “0 to 60mph” speed. You will see this specification most often in third-party reviews of a car or truck. The time that it takes a vehicle to accelerate from 0 to 60mph is a function of an engine’s raw horsepower and things like a vehicle’s weight, axle ratios and transmission gearing. It is a good overall metric that states the bottom line on a performance vehicle – just how fast is this thing.

How to Detail a Car!