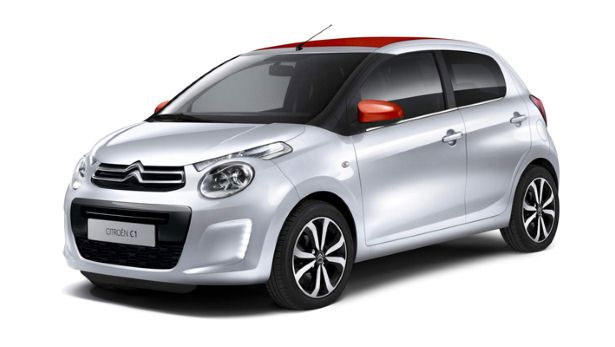 Citroen have launched their new C1. It comes with some brand new features. But, is it worth investing in a new C1? This car has been doing the rounds since 2005. However, the 2014 comes with different features than its predecessors. The C1 has been a commercial success. Over 760,000 vehicles have been sold. This is a great sum considering that the city car market is somewhat oversaturated. With many new city cars proclaiming to be the ultimate city car, does this live up to the standard? The VW Up! Has paved the way for new city cars. They have become a master class of engineering in the current small car scene.

However, the new C1 must be judged with an open mind. Let’s take a look at what the new C1 can offer.

The car has enjoyed something of a revamp. The car still has its classic shape, but the nose of the car has had a styling tweak or two. The Airscape of the car has been finished in a bi-tone colour scheme. This is appealing for many who like their cars to have character. The fabric roof the C1 is a stark contrast to the remainder of the car. It is similar to the Mini Cooper in this respect. So, while it is new to Citroen, it is not entirely revolutionary with the present car market.

Thames Motor Group have told us that the car comes in a range of eight new colours. For those that like to detail their particular needs to a car, this is great news. The car is fun, quirky and appealing to many. The city car has become synonymous with fun.

The styling is new, but the platform remains the same. The car has a 1.2 litre engine but is incredibly light. For those that like agility in a car, the new C1 has this in abundance. The great news is, is that it slips under the CO2 ratings thus making it a cost-effective option for all.

The C1 comes with a low price tag. It is fun to drive, easy to handle and agile. All these things are a must for a city car. However, the car is decidedly small. This is reflected in the legroom within the car. Unlike its competition, this car is not deceptively small. The whole vehicle feels tiny.

Suspension with this model is not great. The drive can be smooth, but at times it can feel like you bouncing on the road. While this may be fun for some, it may not do for others. What is more, the car itself can seem akin to a go-kart when it is taking corners.

However, if you want a reliable, cheap car then the C1 is perfect for you. Citroen cars are great for reliability. The car itself is good looking and reasonably priced. This is especially true when you compare it to the aforementioned VW Up! It has a great design and is not boxy like other cars.

In short, this car is cheap, reliable and looks pretty good too.

Buying A New Car? Make Sure You Don’t Make These Common Mistakes!