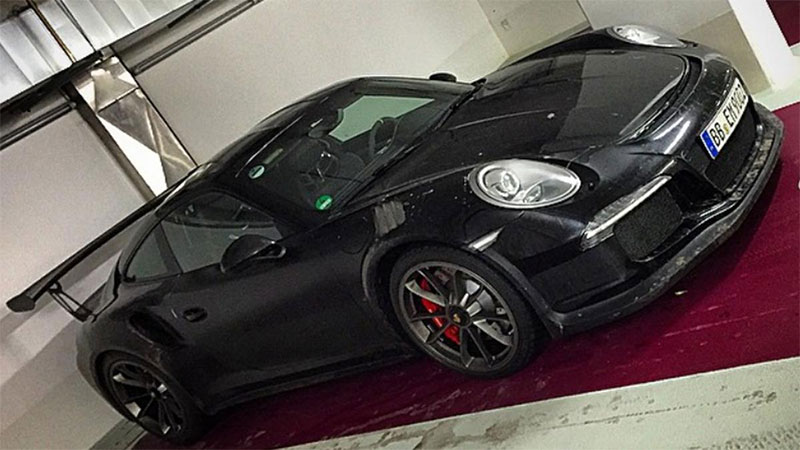 An Instagram user has revealed spy pictures of the upcoming Porsche 911 GT3 RS. Even though the overall design is quite similar to GT3, there are some features that caught our attention.

The images uploaded by Johan9ff are not computer generated and seem quite reliable. We can see air intakes just above the rear wheels, and fish-gills-like ducts on the front fenders. Moreover, it sports a significantly wider and taller wing at the rear end. These ducts, wing and vents will help boost the performance of the 2015 Porsche 911 GT3 RS, even if it uses the 3.8 liter H6 engine of GT3 that produces 475 horsepower. However, the rumors have it that the new GT3 RS will be generating above 500 horsepower.

Another concern is the gearbox; will RS replace the PDK (Porsche Doppelkupplung) dual-clutch transmission, and will it be turbocharged? We can’t say anything for sure unless we have a word from the automaker.

The Porsche 911 GT3 is the high performance version of 911 sports car family, while the RS (Renn Sport) is a specialized racing version. The RS is all set to debut in the first half of this year with improved performance and styling.