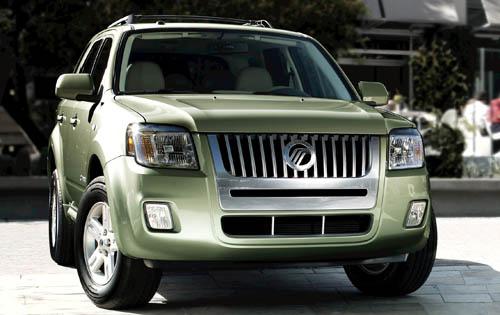 Hybrid cars were introduced by various automotive industries as a result of the need for more efficient and environmentally sound cars. Even though everyone has heard about hybrid cars, there still exists some confusion, for example, about how they operate and what are the components that they have or need to function properly.  When buyers look into upgrading to a hybrid they have to decide what to do with their gasoline fuel vehicle. The options vary, but for a fast and reliable choice, there are charity car donations always available. Not only do they ease the process, you won’t have to worry about the selling hassle and move on quicker to obtain a hybrid car.

Basically hybrid cars are operated by three main sources such as, a well performing battery, an electric motor and a gas engine. Each of the sources is very important for the performance of the car.  The main benefit of using hybrid cars is that, it has been proven that it is less harmful when it comes to emission and it has better gas mileage. There is also a difference in between full hybrid cars and mild hybrid cars.

Based on the gas mileage and its performance, the top 10 best hybrid cars are taken and reviewed in detail.

2009 Nissan Altima Hybrid offers a best mileage over 30 mpg and it provides an exceptional performance.  The Bluetooth system that comes with this Nissan Altima is found to be very basic and it doesn’t have iPod integration which is a setback but otherwise it includes safety features such as smart airbags, stability control antilock brakes and etc and the car rocks.

Though it seems to be a heavy vehicle, Cadillac Escalade is found to provide good in fuel economy with its hybrid power train without compromising its performance. The navigation system integrated with the car provides the traffic reporting and blind-spot detection is included with its driving aids. With very basic audio sources no facility for iPod integration Cadillac Escalade still holds its place n the race of style and economy.

Ford Escape comes with a best sync system and it provides an excellent fuel mileage. Sirius Travel Link offers the traffic data and other navigation options to the car. Highway driving is seems to be a difficult one with and is best suited for urban dwellers and not for freeway commuters because of its high speed.

Toyota Prius offers an unbelievable fuel mileage and its emission rating is found to be very low without compromising its size. The shape of this car is mostly confused with other Priuses available at present.

Hybrid system with the car offers a good fuel economy more than expected and its emission rating is also very low which gives a reputation for this 2008 Lexus LS 600h. Live traffic is handled by excellent navigation facility present with the car. Driving performance of the car is good and its stereo system seems to be wonderful.

The user’s rating for Lexus RX 400h is “Good” and its smooth drive is delivered by its suspension. The car seems to be the best with its unbelievable fuel economy.  The navigation system present with the car is pretty good and it lacks recognizing live traffic and iPod integration is missing.

Some of the users have experienced the following with Honda Civic hybrid and it includes excellent gas mileage, very comfortable to drive, quite, exceptional voice command and climate control and etc. Trunk space is limited which seems to be the disadvantage with this car. Automatic Shut-off’s feature of the gas engine seems to be very bad and it makes difficult for stop-and-go driving.

Though Chevrolet Malibu uses a mild hybrid train system, it is found to provide fuel savings ability to a great level. Look and feel of this Chevrolet Malibu seems to be good. It is designed in such a way that it attracts everyone and both the driver’s and passenger’s seat offers a great comfort zone.