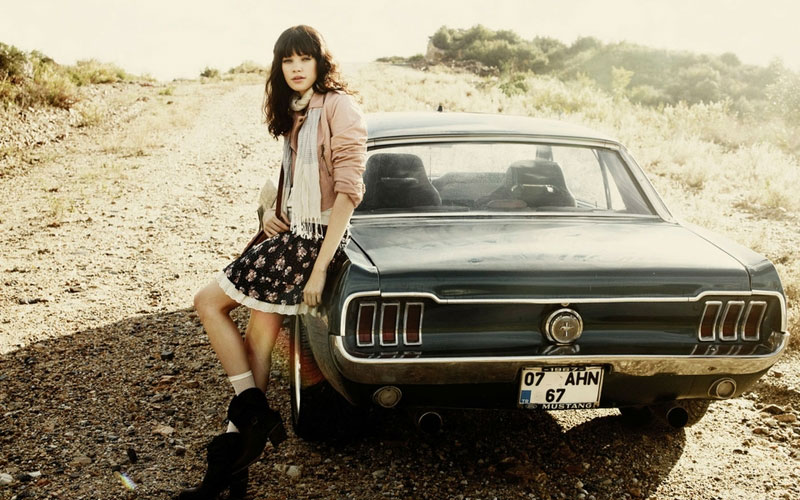 Cars have normally been perceived to be a male orientated hobby, but things are now starting to change, and we’re now starting to see the rise of the female petrolhead. But, what’s changed to get females more involved in the classic car world, and are they a match made in heaven?

The truth is that female contributions to the car world haven’t been non-existent; they’ve just largely been ignored, and women have always had a crucial role to play, even if it was mostly behind the scenes.

Women Motorists in the War

In fact, even despite the best efforts of some men to prohibit female drivers, a number of female motorists still emerged, with famous writers and other women talking up roles as drivers throughout the war effort in the First World War. As far back as then there were a number of females who actively wanted to pursue careers as drivers, or at least had an active interest in automobiles.

Women in a Male Dominated World?

Looking back historically throughout the 20th century, the relationship between women and cars has always been hotly contested and, since the turn of the twentieth century, many men have looked down on them. The censuses was (as some argue it still is today), that cars were a male domain and women did not take an interest. This, however, is largely untrue and there were many women who didn’t only like cars, but had an active interest in them.

Some of this stigma still stands today, and some people believe that it has caused many women to exclude themselves from the world of automobiles, making a conscious decision to turn their back on an industry that has excluded them for so long.

However, in spite of this, women are slowly but surely starting to get a foothold in the world of cars, and some women now occupy posts which it would have been unconceivable to hold only a decade ago. For example, even the CEO of General Motors is now female, showing that the tide is turning and attitudes are changing. It’s undoubted that there is much more to do if we are to see the true rise of the female petrolhead, but attitudes are certainly changing, and that can only be a good thing.

If you’re interested in finding out more about the rise of the female petrolhead and what cars ladies love, check out the blog post on Exchange and Mart. Also, be sure to let us know your thoughts in the comments below. Do you want to see the rise of women in motoring?

How to Start a Food Truck Business

What Is Whiplash And How Can You Avoid It?